According to the exhibition, the laptop and camera are installed by the beach. The sail is used to be a main screen for receieving the video projection. This exhibition suggests participants to freely experience the phenomenon of light, air, and sound. The outlines of participants' body are depicted through the openCV process in which The footages of the sea and sky are revealed within the area of the outlines. Through the procedure of this interactive subject, the concept of an exchange between human and nature is symbolized. 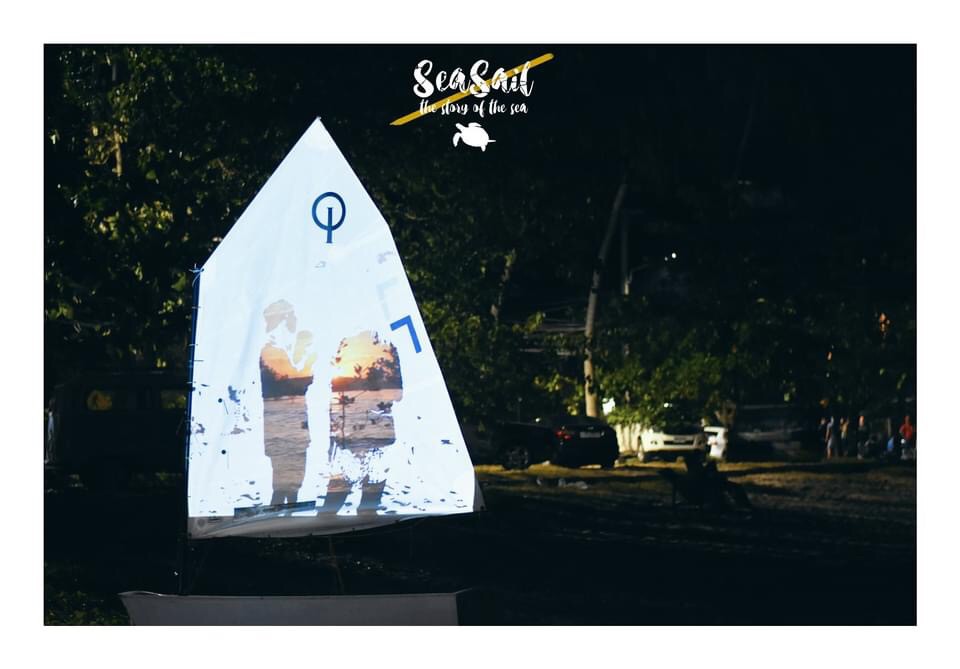 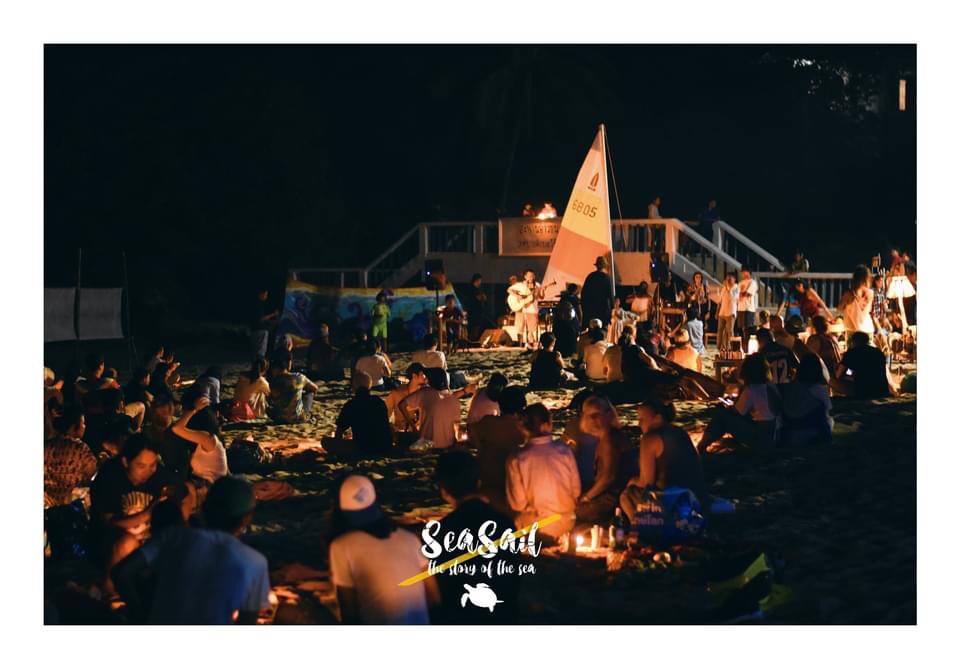 Sin Tek Seng, the 100-year-traditional Chinese coffin shop, has inherited the knowledge in creating Chinese lanterns. These lanterns will usually be burnt at the end of Taoist ceremonies -- to send off Chinese deities and to venerate the ancestral spirits. DML members apply the technique creating the whale lantern and projecting video footages onto its paper surface. Furthermore, the second floor of an old-two-storey building, located in the old town of Phuket, was transformed into under-sea environment to tell the concept in which the story Chinese migrants, their culture, and the ocean are communicated. 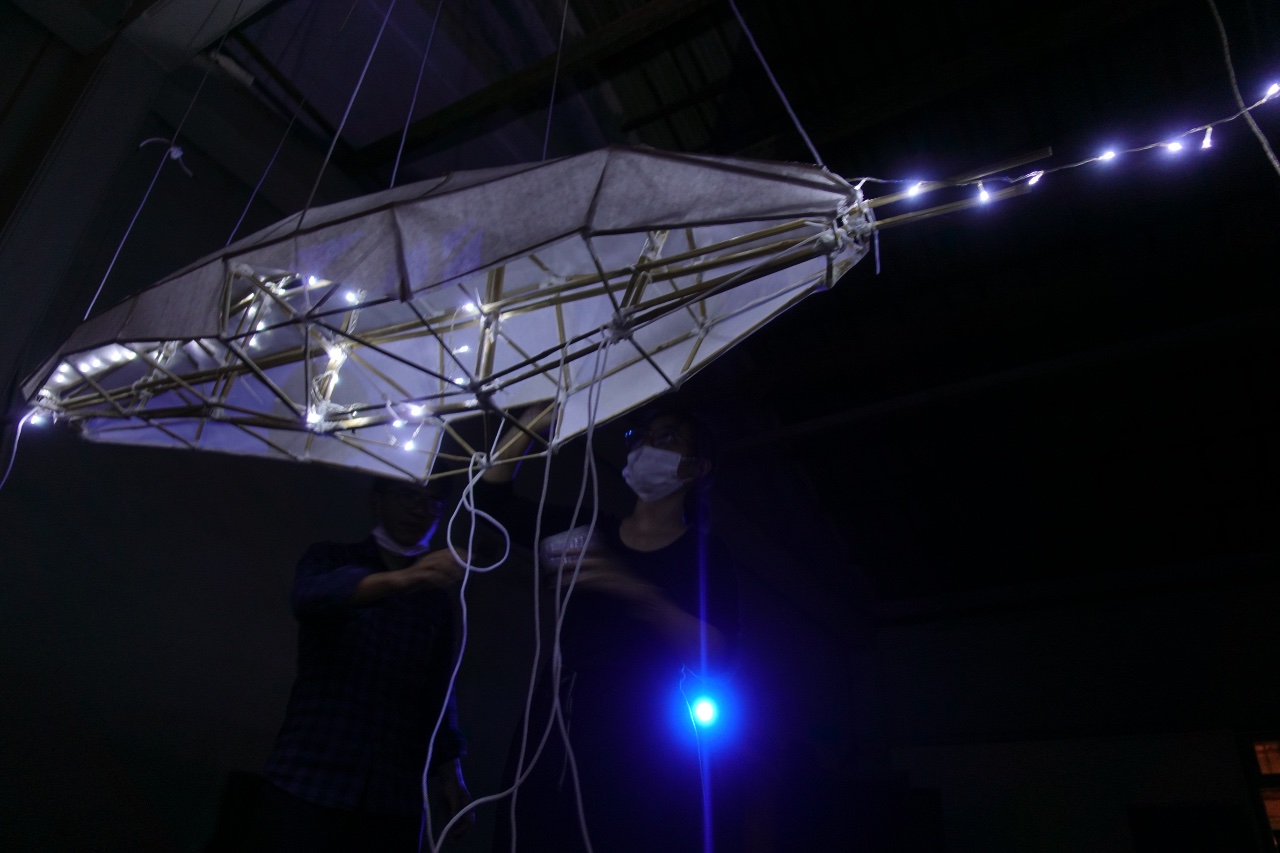 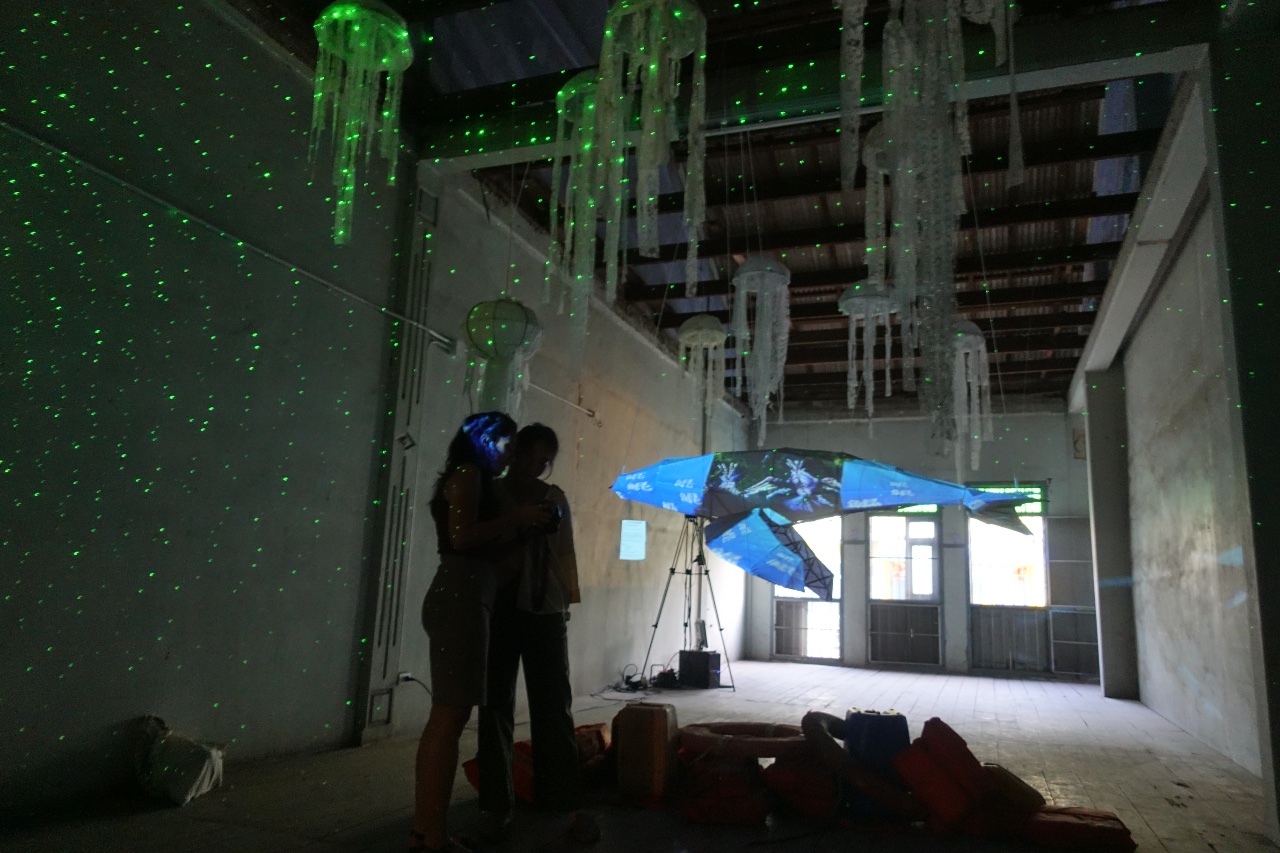 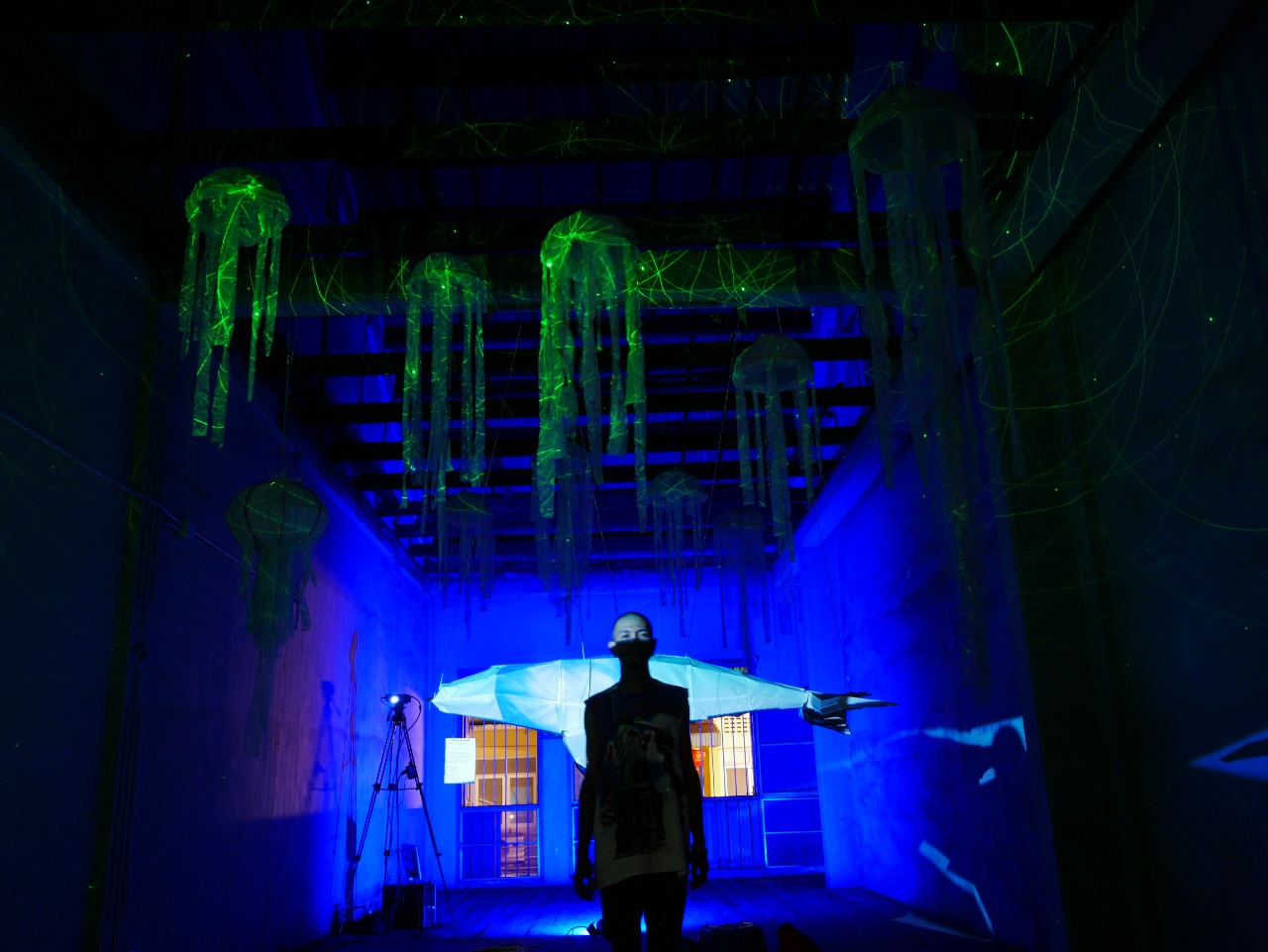 At Trang province, the south of Thailand, there was a first visit of Chrstian missionaries since more than 100 years ago. Since then, the group of Christians has been settled in Trang and becomes the strong-ties community. The church had been built in the community and appeared to be a preservation building. According to the celebration of 2020 Chirstmas, the members of the Trang church give a permission to the Faculty of Architecture and College of Computing, Prince of Songkla University, to conduct a workshop. The objective of this workshop is to create the projection mapping graphics which communicate a history of the church and community. 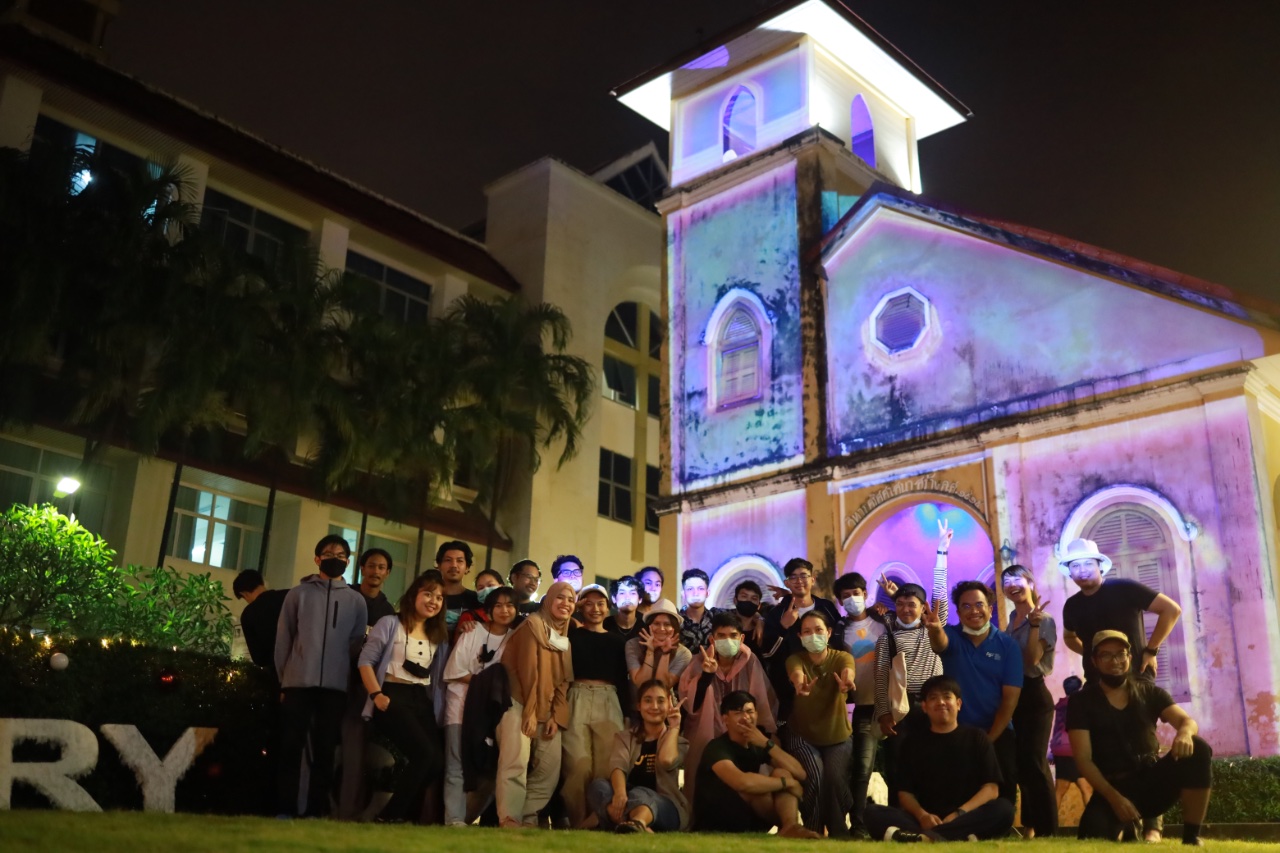 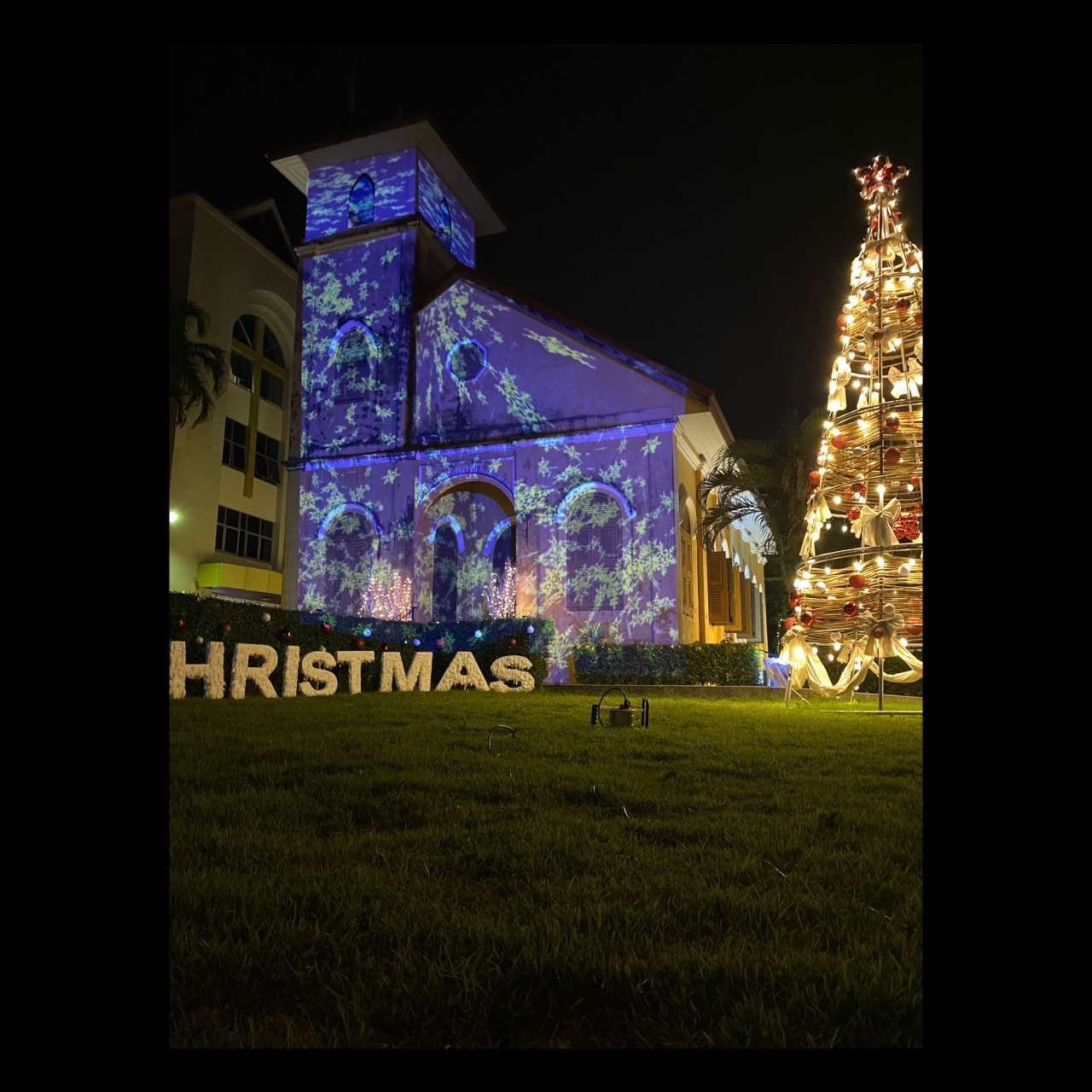 Year: 2021; Technique: Projection Mapping on the Surface of Geodesic Dome

The event, Save the Sea Project, had been conducted from 3th to 4th of April 2021 at Kata beach, Phuket. Seasail artists exhibited the sculptures to tell the stories of the sea. DML had opportunity to construct a geodesic dome whose fabric surface became a screen for projection mapping technique. As a result, the dome was transformed into the virtual space which communicate the story of the flock of jelly fishes. They flied from the sea to the sky and became the spirits. The jelly fish symbolizes the future and the hope of human in solving the environmental problems. 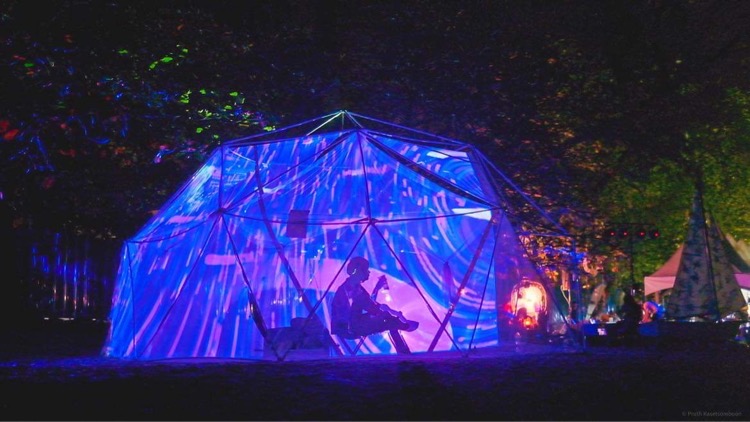 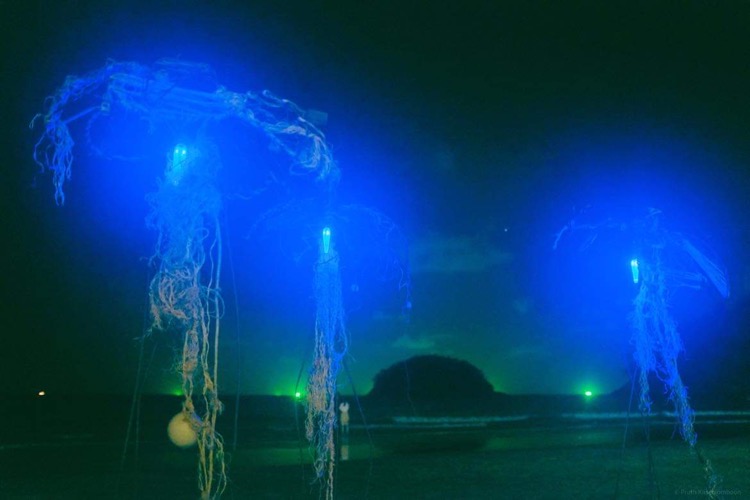 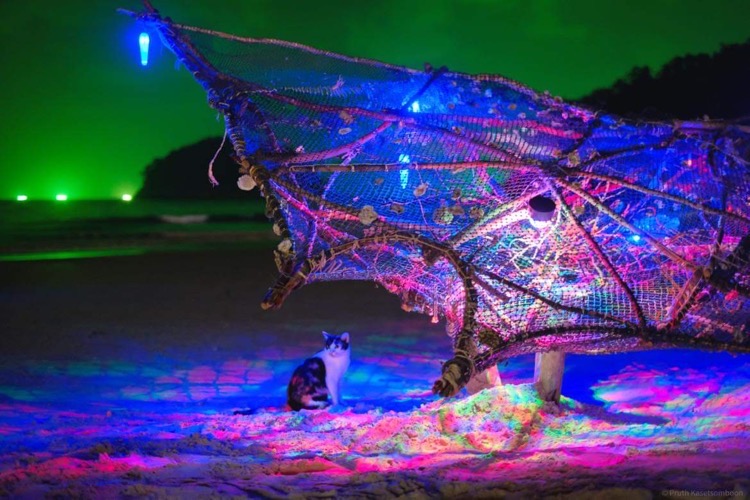 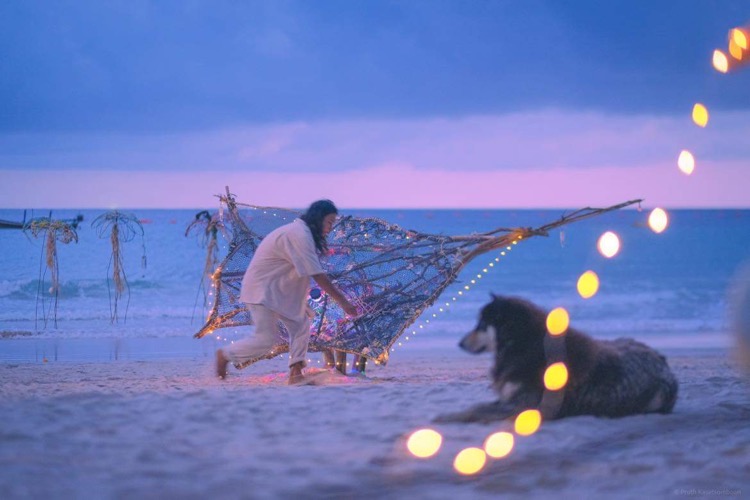 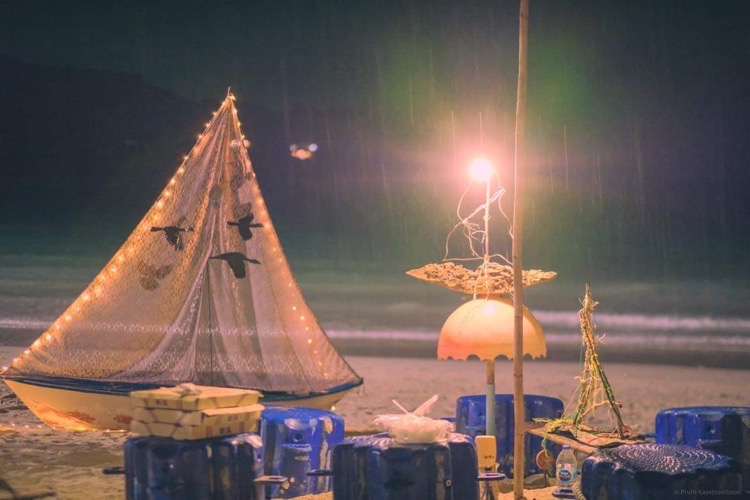 The Commemoration Ceremony was conducted on December 26, 2021. The Seasail artists created a concept "come and see" which symbolizes the reality that cannot be able to see throug the eyes, but participants have to feel it instead. The installation art made from wooden materials had been setup on top of the stage. It was created as a form of human eye. The projector was placed at the center of the eye, and projected the abstract images onto a surface of the beach. Pixel sorting was utilized to mak a transition among the images. 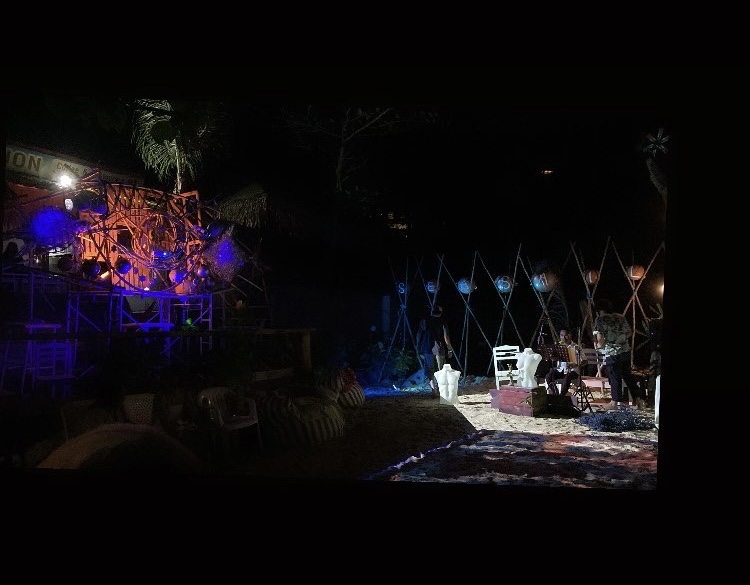 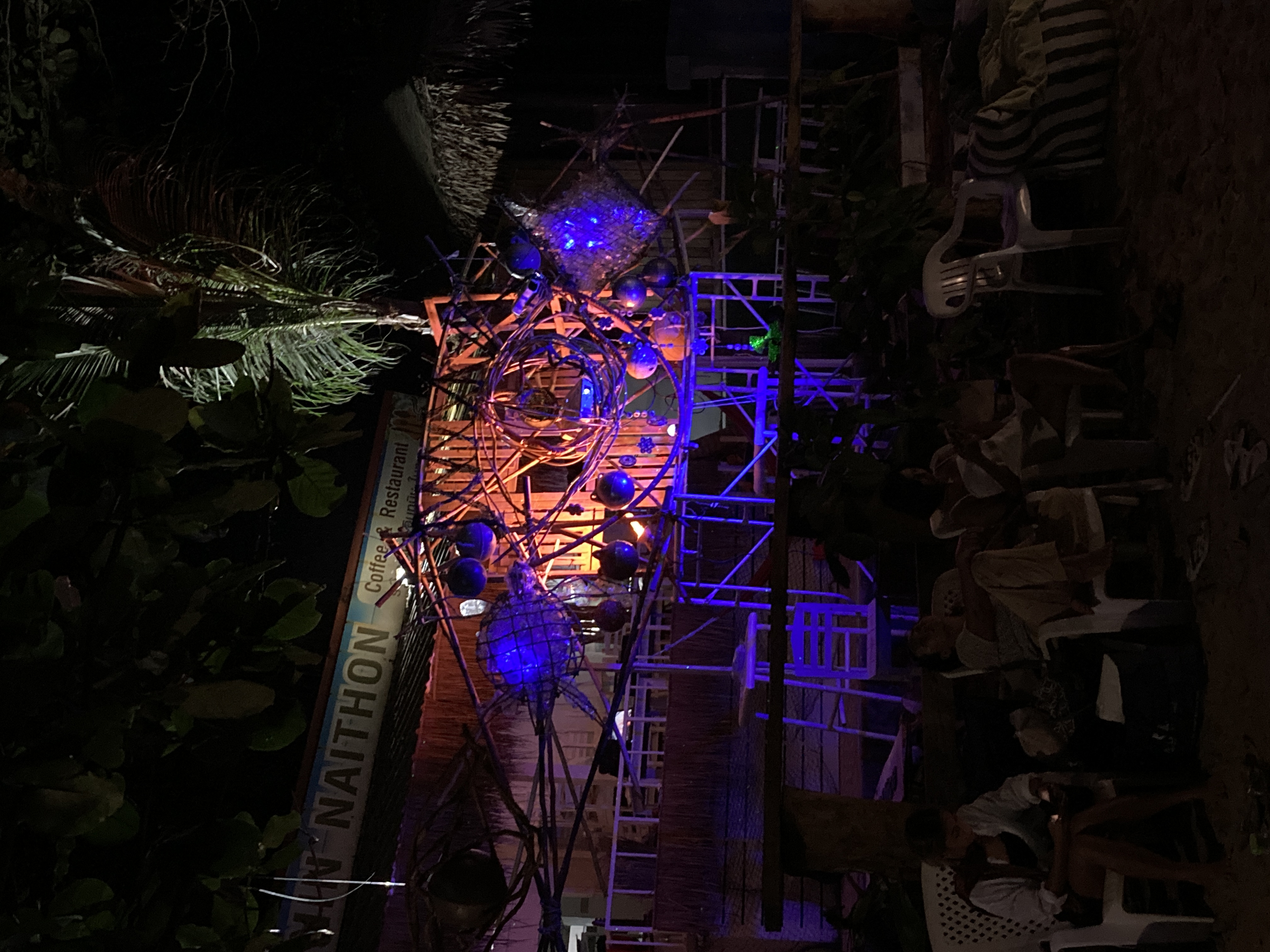 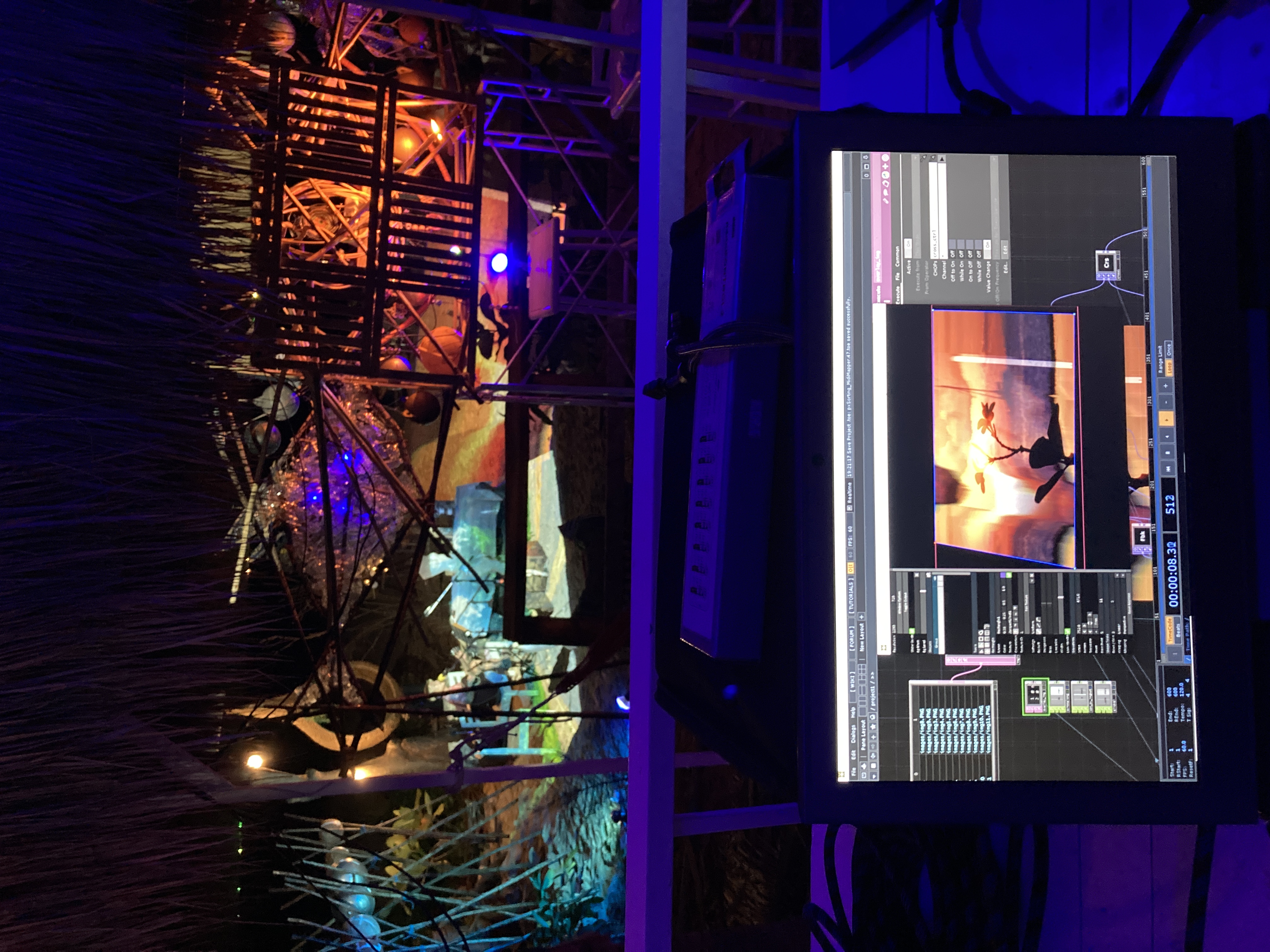 In Phuket, Thailand, there has been an inheritance of Taoism and Confucianism. Such beliefs has been brought from Fujian, China, by the Chinese migrants who came to Phuket in order to establish their settlement, especially during the advent of the tin minig businesses. The ceremonies of life and death come to be treshold to interconnect among the space-time of past, present, and future. In this documentary film, the symbolic communication and semiotic materialistic ways are portrayed through the conduct of ceremonies.